Google Maps – An Example of Your Data and Advertising 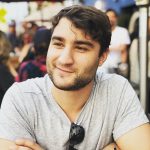 The information in this section is taken from the excerpt, and will be repeated in your Google search listing. It should be a 1-2 line summary of why they should look at this article.
Share on facebook
Share on twitter
Share on linkedin

I had an interesting conversation the other day. I was discussing with an older gentleman a trip he had taken down the coast of the United States. He had worked in forestry and surveying for most of his life and was no stranger to getting out in the backroads. He was explaining to me that it was annoying that he kept receiving ads for nearby restaurants and businesses while using his Google Maps application to navigate. He expressed with a smile that for most of the time he wasn’t bothered because he was in such remote places that he didn’t get bombarded with any advertisements at all. He said to me that if the advertisements ever felt too invasive or if that it became too much, he would simply chuck the phone.

This got me thinking. How do we determine what a consumer will tolerate in exchange for value provided? Is there a better way to provide the service? Do consumers really understand how the technology works and what the exchange they are agreeing to really entails? I had to look at the broader picture, and I guarantee no answers but this was an interesting exercise.

How Does Google Maps Make Money?

Let’s take a step back first and look at how Google Maps makes money. We can’t see exactly what revenue is generated by Maps as Google’s parent company, Alphabet, puts this revenue in with services such as Google Cloud, Gmail, Google Books and YouTube. Our best estimates are using Google’s financial statements to look at what Google’s revenue was and that 70% of total revenue is from their platforms and applications. Platforms like maps. 70% of total revenue is a big portion and a big number, in this case, looking at the end of the third quarter 2019 70% of $115.8 Billion (United States Securities and Exchange Commission , 2019) is $81 Billion. While not all driven from Maps, this is still a nice figure through three quarters and if we assume equal revenue from each of Google Cloud, Gmail, Google Books and Maps, we will assume a revenue of $20.25 Billion for the purpose of this exercise.

Maps generates revenue in a couple of ways, one way being selling advertising on the platform through Google Adwords. Businesses can pay on Adwords to promote their business and it will be promoted across Google platforms including Maps.

Another way that Maps drives revenue is by charging businesses a fee to customize their pins with their logos and other branding features. This helps businesses stand out on the platform and increase their brand recognition. If you are looking for a place to eat and see an easily identifiable logo on the map you may be more likely to go here than to try a more non-descript option. Look for this to continue to grow as more and more transactions are being location driven.

Finally, Maps also allows certain businesses to use their networks for a fee when the business is built around requiring reliable navigation services. For example, delivery or ridesharing services such as Uber where you need to track your ride or food delivery. The businesses pay the fee as opposed to having to develop and maintain their own Maps services which would require a company the size of Google anyways.

But How Does It Work?

Now that we know roughly what Maps generates in revenue and how it generates this money, lets look at a critical aspect of how this works. This is not shocking to most but in order for Maps to work so well they need to know your exact location. They use this information to not only send you along the appropriate route but to assess congestion, provide multiple routes with multiple forms of transportation and to, of course, promote businesses near to you. If you visit any of these businesses it will also ask if you would like to leave a review, post a picture or recommend the business, this means providing further data. To improve its services, Google Maps tracks where you call home and where you work, doing this based off of driving patterns and times. As discussed in an article in the Interdependent (Griffin, 2018) in 2018 they discuss that even when the box to turn location services is off, Google still tracks your location any time the Maps app is opened or through other applications such as the Weather App on Android. But let’s pull back on this and go back to our original point.

Google Maps is an amazing and powerful service, and now the preeminent navigation tool around the world. It is reliable and useful and has changed travelling world wide dramatically. What is that worth to you? As stated by the gentleman I was speaking with, it was a very useful app but if it got too invasive, he would throw the phone away. I would agree that it is invasive, perhaps more than many of us realize, but despite this the convenience that the service provides is just too tantalizing.

Do We Throw the Phone Away?

Disposing of the application would result in returning to paper maps for navigation.  There would be no congestion or closure updates and no way to quickly and easily reroute. Planning your trip would once again be tedious and travelling in a foreign country, where often the modes of transportation change rapidly and the language is seldom the same, would once again be daunting. It is these excellent attributes that made this gentleman praise the application and demonize it in the same sentence.

As per a study in 2019 on the 2018 usage numbers of map applications in the United States by Statista (Clement, 2019), there are 1.54 million users of Google Maps in the US and over a billion now use the services world wide. Just short of one third of mobile searches are location related meaning people are looking for businesses close to them. This type of advertising is only getting more effective so what would it take to keep Google from using this tool?

Given our rough figure of $20.25 Billion in revenue (through three Quarters) and 1 Billion users to comprise that revenue, Google would simply charge $20.25 per user (device).  Considering what the service provides, this seems like an extremely reasonable price.  Even given total revenue of $81 Billion this seems like a great deal if you were advertising Google Maps as a new, standalone product where your data was used only for improving the tool you already paid for.

However, advertising is a continuous revenue stream and businesses love growth.  For this reason, a subscription for this service would likely translate to $100/year for the consumer.  This is arguably still a good deal for the tool and still a great source of revenue.

The problem with this model is that It ignores all potential growth for advertising in the space.  if we look at revenue growth, it increases as Google continues to find ways to provide more and better exposure to advertisers. It is simply too powerful to ignore, both as a revenue stream and as a data collecting agent to further Google’s other aims such as self driving technology. My bet would be that even $150/year per user with no advertising or data usage for anything other than location services on the platform would be rejected by Google.

Is Their A Verdict?

My take-away in doing this exercise, and once again I make no claims as to the precision of these figures, is that as consumers we have high expectations of the services we use. We want the best services possible, for the lowest possible price (nothing revolutionary in this). We claim that privacy is important to us, but time and time again we demonstrate that we are willing to sacrifice this in favour of convenience. We are only now tuning into the fact that Facebook and other platforms have been selling our data or using it inappropriately, despite the fact we have been enjoying the free services for years without looking too closely at the cost. It is the duty of the business to disclose what it will be using our data for and why it requires it in the first place but it is time for the consumer to take some responsibility, and to admit that maybe we don’t value our privacy as much as we like to think we do.

Clement, J. (2019, November 20). Most popular mapping apps in the U.S. 2018, by audience. Retrieved from Statista: https://www.statista.com/statistics/865413/most-popular-us-mapping-apps-ranked-by-audience/

Griffin, A. (2018, August 14). Google stores location data ‘even when users have told it not to’. Retrieved from Independent: https://www.independent.co.uk/news/world/americas/google-location-data-privacy-android-sundar-pichai-a8490636.html